The mobile units have been facilitated by Prime Minister Narendra Modi to help the rural farmers of the area to ease the treatment of the animals, said the Minister while addressing the programme organized by the Animal Husbandry & Veterinary Department.

“We have dedicated 17 MVUs to Meghalaya. 90 per cent of their expenditure will be borne by the Government of India. In the entire State, the veterinary facilities will be available at the doorstep of the people. One has to just dial 1962 and an MVU will reach your doorstep,” he said.

Each van or mobile veterinary clinic comes with all necessary equipment required for treatment of animals and would have one doctor, a paramedical staff and a driver.

With the help of these MVUs, the Officials of Animal Husbandry and Veterinary department will be able to conduct vaccination, artificial insemination and all kinds of treatment for sick animals, he added.

He later flagged off the vans at Garobadha on his departure from South West Garo Hills district.

Rupala lauded the efforts of the State Officials for managing the developmental works at the grassroots level.

He specifically mentioned Fisheries department for increasing fish production in the district, adding that the State will be able to export fish and meet the deficit. The area also has the potential in poultry and dairy, he observed.

“I visited and inspected the Dairy Farm near Tura. It is an old one. Time has changed and it needs to be upgraded. The Cooperative model should be adopted to help dairy farmers and they, in turn, should cooperate with the local administration and avail the benefits from the schemes of the Central Government,” he said.

Rupala also said that Border villages are being prioritized under the leadership of the Prime Minister. “Ministers have been instructed to visit the border areas and interact with the border communities,” he said, adding that visiting border villages and assessing their needs and difficulties is a priority of the Government of India.

On the second day of his visit to South West Garo Hills, the Union Minister undertook a whirlwind tour to various field projects in the district. 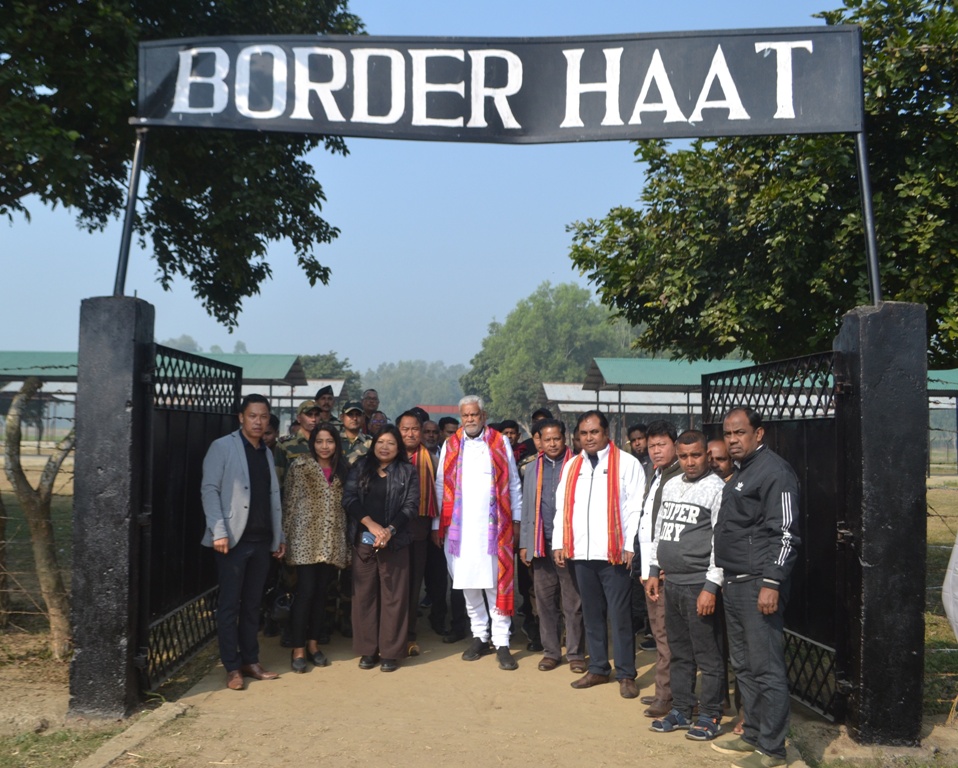 He also visited the Indo-Bangladesh Border Haat at Kalaichar and inspected the border fencing along the 38-km border with Bangladesh. He interacted with the BSF Jawans, BSF Officials, Officials of Border Areas Development department and the members of the Border Haat Committee who raised issues like lack of basic amenities and infrastructure for traders in the Haat.

Rupala was also impressed by the maintenance of Aqua Park at Jolgaon by fish farmer and Taljawa lake at Kumligaon, which have been created with the assistance of Central and State schemes through community effort. Earlier, he also paid a visit to Kamakhya Temple at Thakuranbari and interacted with local communities, SHGs, etc. at Monabari and Kodaldhowa villages of the district.